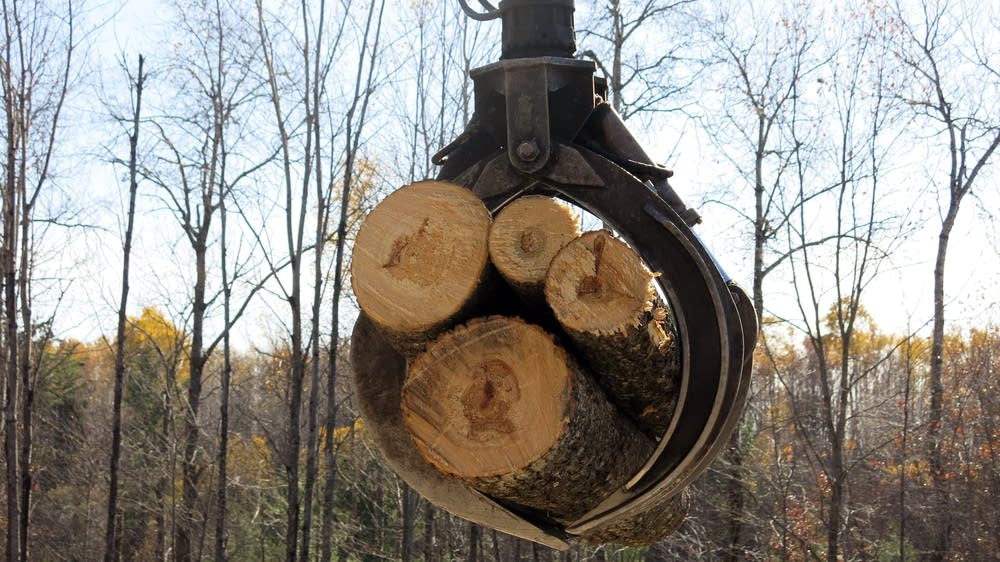 The past 15 years have been tough for the Minnesota forest products industry. The housing collapse in 2008 helped shut down three factories that made oriented strand board (OSB), a product similar to the plywood used to build homes.

Then in 2012, a fire destroyed the Verso paper mill in Sartell.

Meanwhile, other mills have closed in Duluth, Brainerd and Deerwood, and the large paper mills in International Falls and Grand Rapids have downsized.

This historical background is why many people were elated when a company called Huber Engineered Woods announced plans to build a $ 440 million OSB plant in Cohasset, just west of Grand Rapids.

The company hopes to innovate this fall or next spring, alongside a large coal-fired power plant that Minnesota Power plans to shut down by 2035.

“This is the biggest contract in 40 years since the last plant was built in Minnesota,” said Scott Dane, director of Associated Contract Loggers & Truckers of Minnesota and new executive director of the American Loggers Council.

The new Huber facility is expected to create more than 150 direct jobs. Dane said it would also provide a huge boost to area loggers and truckers who haul the lumber to the mill.

“What this announcement does is give a lot of encouragement to those who have struggled over the years, that there is something new to come and encourage them to reinvest in their businesses and commit to the long term, ”Dane said.

The company said it would need around 400,000 cords of wood per year to power its new factory.

As factories have closed in recent years, the amount of timber harvested from Minnesota’s forests has fallen by more than a million cords each year, from over 4 million cords to about 2.8 million.

This is bad for the loggers but also, according to many people, for the forests.

A healthy forest is a diverse forest, with different species and ages of trees, said Jon Drimel, who manages the timber program for the Minnesota Department of Natural Resources. This diversity helps protect forests against forest fires and disease, and provides benefits for wildlife.

“So having this diverse forest is important,” Drimel said. “And our main tool for doing that is harvesting and forest management.”

Drimel said the new mill will be located in the center of Minnesota’s lumber basket, giving loggers more options to sell their product.

“We have millions of acres of forest land in the North that need to be managed. And you do it by harvesting trees, ”said Senator Tom Bakk, a freelance cook, who drafted the bill to provide 10-year production incentives to Huber.

“But you can’t harvest trees [if] there is no one to sell them to, ”Bakk said. “So the state has a very strong interest in trying to find someone who will add value to the wood resource that we have. “

The new plant could also have significant benefits for climate change, which may seem counterintuitive. After all, trees extract carbon dioxide from the atmosphere. So how could cutting down more trees help the climate?

Eli Sagor, an extension specialist at the University of Minnesota at the Cloquet Forestry Center, said when trees die in the forest, they decompose and carbon is released.

“When we harvest these trees and turn them into long-lived wood products like oriented strand board, which is a building material, they are then placed in a building where that carbon remains locked up for decades, many years. decades, ”said Sagor.

And then the aspen that is harvested to feed the OSB plant naturally regenerates after it is cut, Sagor said.

Large industrial projects in Northeast Minnesota are often presented as “jobs for the environment” in that you have to sacrifice one for the other.

Sagor, however, sees this project as a victory, both for rural economies and for the forests of Minnesota.

Craig Sterle, a retired MNR forester and former president of the Izaak Walton League, largely agrees. But he’s disappointed with a provision passed by the legislature that exempts the project from needing an environmental impact statement. Instead, agencies will perform a more basic environmental review known as an environmental assessment worksheet.

“As part of the construction of the sawmill, I would have liked to see an EIA so that if there are questions to ask, they can be asked in a scientific and public way,” Sterle said. “But we” you’re gonna have to be happy with an EAW, I guess, that’s the way it goes. “

The benefits of the project will also come at a high cost.

In addition to the nearly $ 30 million production incentives approved by the legislature, the project is also dependent on an investment of $ 20 million from the state’s Department of Employment and Economic Development and a $ 15 million forgivable loan recently approved by the Eveleth-based state development agency. Resources and rehabilitation of the iron chain.

“I’m not a big fan of big incentives, but this is the world we live in,” IRR Commissioner Mark Phillips said. “You know, if you want to land a project like this, that’s what other places do.”

Correction (July 1, 2021): An earlier version of this story misidentified Senator Tom Bakk’s party affiliation. Bakk is an independent. The story has been updated.

You make MPR News possible. Individual donations are the source of the clarity of our reporters’ coverage across the state, the stories that connect us, and the conversations that offer insight. Help us ensure that MPR remains a resource that brings people together in Minnesota.

Make a donation today. A donation of $ 17 makes a difference.

Where’s all the wood? Shortage of materials in recent months

Will the shift from fossil fuels to wood products help us meet climate goals?