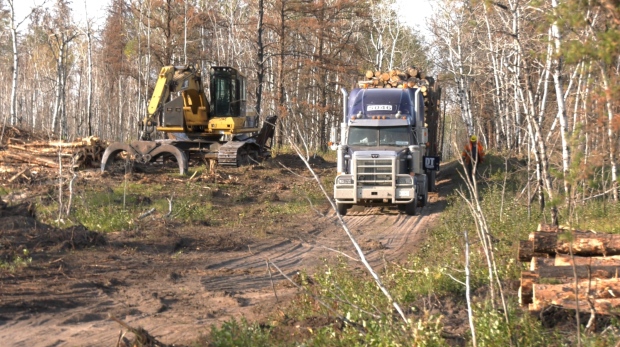 PRINCE ALBERT – The Government of Saskatchewan has approved wood allocations for the Dunkley Lumber sawmill in Carrot River and the Carrier Forest Products sawmill in Big River.

Earlier this week, the province also announced wood allocations for an OSB mill and a pulp mill, both in the Prince Albert area.

“It has been a great week for the forestry sector in our province,” said Energy and Resources Minister Bronwyn Eyre.

“The expansion of the Dunkley’s Carrot River mill will result in significant growth in lumber sales and exports. “

“The sawmill will add a second saw line and increase production in five phases of development by fall 2023,” said Rob Novak, president of Dunkley Lumber.

The province estimates that the expansion of the Carrot River plant will create 240 new direct and indirect jobs in northeast Saskatchewan.

The province also announced an addition to the lumber allowance for the Carrier Forest Products sawmill in Big River to produce lumber.

“Increasing the allocation is the key to getting us to full capacity,” said Carrier Forest Products President Bill Kordyban.

The Big River sawmill is the largest of Saskatchewan’s three sawmills.

As the province allocates more timber required for the Big River sawmill project, the majority of the timber will be purchased by the company from private loggers who have negotiated agreements with Indigenous timber allowance holders and landowners. private.

The Department of Energy and Resources said a surge in the global home construction and renovation materials market has increased demand for lumber, oriented strand board and treated wood products.

The government’s growth mandate is to double the forest industry by 2030.

The Government of Saskatchewan allocates timber through the Department of Energy and Resources under the Forest Resources Management Act.

Do you have an idea for an article or a tip? Send us an email.